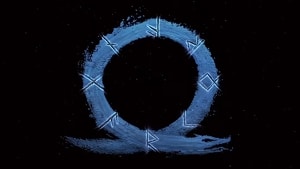 A week after the PlayStation 5’s release in the US and other regions, we’re on the verge of finally seeing Sony’s new console launch in the UK. As we enter the crossover period for console generations, questions are being asked about exactly which titles will be exclusive to the PlayStation 5 – and in the case of God of War: Ragnarok, Sony doesn’t seem ready to give an answer.

In an interview this week with the Telegraph [paywall], PlayStation CEO Jim Ryan refused to confirm PlayStation 5 exclusivity for the God of War sequel, explaining he had “nothing to say about that today”.

Games such as Astro’s Playroom, Ratchet & Clank: Rift Apart and the Demon’s Souls remake have already been confirmed as PlayStation 5 exclusives (the former serves as a free PS5 tech demo for the DualSense, Ratchet & Clank most likely needs the PS5’s fast loading to teleport players, while Demon’s Souls was released as a PS5 launch title). But in the case of several major first-party titles such as Spider-Man: Miles Morales, Sackboy: A Big Adventure and Horizon: Forbidden West, Sony has confirmed the games will be cross-gen.