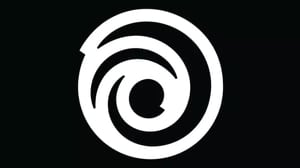 Ubisoft has reportedly removed another member of its senior management team – this time Hugues Ricour, the managing director of the publisher’s Singapore studio, which is currently working on Skull & Bones – following the result of a “leadership audit”.

Ricour was one of those singled out over the summer when multiple Ubisoft employees came forward with allegations of serious sexual misconduct aimed at senior members of staff. In reports by Gamasutra and Kotaku, sources accused Ricour of bullying, demeaning comments, retaliatory action, and sexual harassment – he’s said to have made suggestive comments about female employees’ clothing, and encouraged staff to kiss him at work events.

In a new email to Ubisoft staff seen by Kotaku, the publisher has now confirmed Ricour’s removal from his current position, writing, “Effective immediately, Hugues Ricour is no longer Managing Director of Ubisoft Singapore. The results of the leadership audit that was conducted in the last few weeks by our external partners makes it impossible for him to continue in this position.” It’s unclear if Ricour remains with the company, however.